Serendipity from the storm?

I sat in my hotel room in the Hilton Baltimore a few weeks ago, staring at the gallon of water, fluorescent shake-me-to-wake-me torch and stash of nutri-grain bars on my desk that I’d panic-bought along with most of the rest of Baltimore. The fierce wind and rain was obscuring the view from my 8th floor window. Hurricane Sandy had arrived, and I wasn’t sure whether the conference I was about to give a serendipity talk at (ASIS&T) was going to go ahead or not. 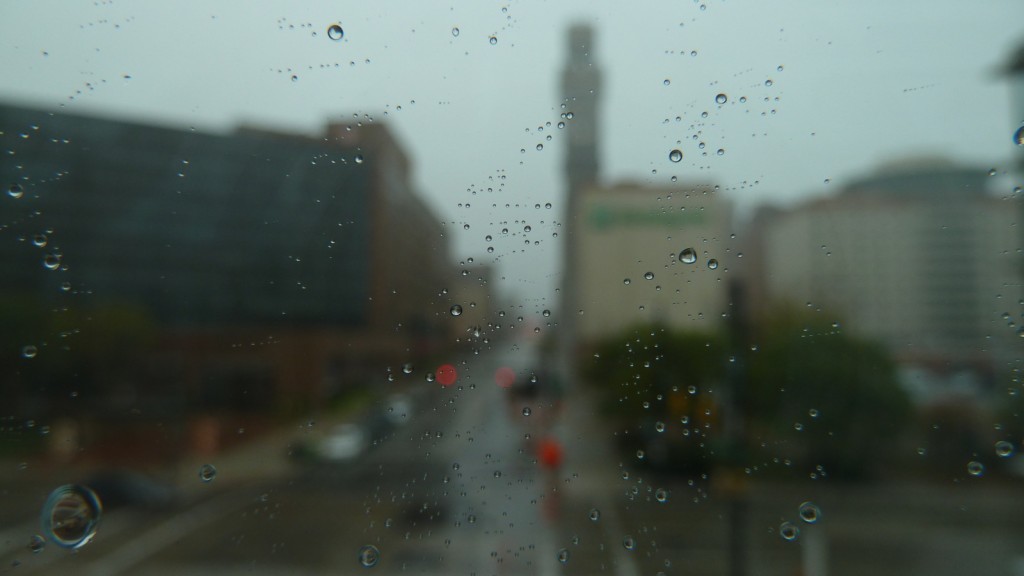 The television was more depressing than the view. In the build up, there was hurried sand-bagging and speculation about where the storm was likely to hit (at one point the eye of the storm was predicted to be in Baltimore itself). When the storm hit, and we realised how badly New York and New Jersey in particular had been impacted, there was a real feeling of the gravity of the situation. It was impossible not to feel for those people who had been affected. If you haven’t seen the powerful images of Sandy’s impact, there are some of them here. 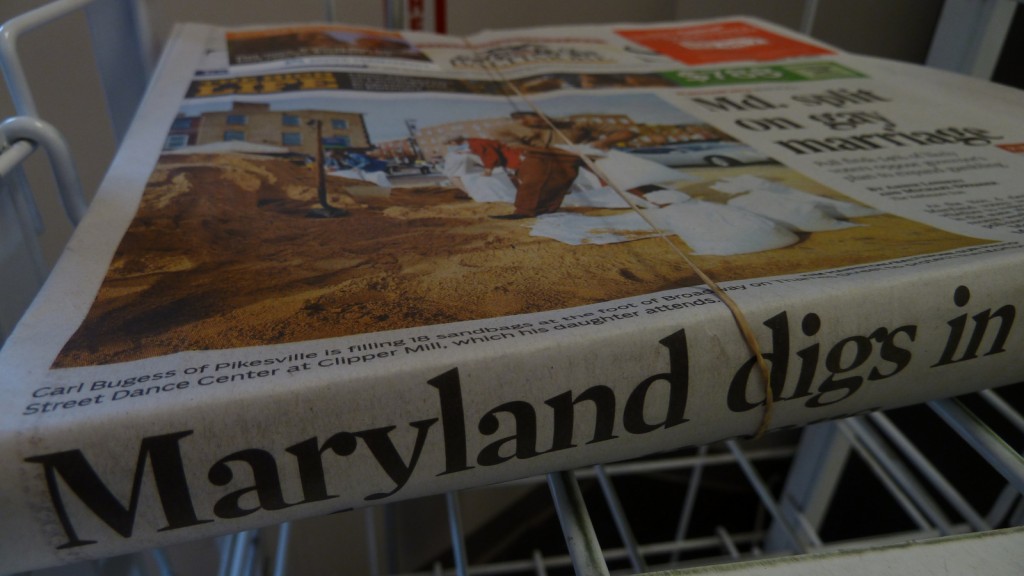 Did I feel grateful that I hadn’t been affected by the storm? Yes, but this was over-shadowed by my sympathy for those who had been. Did I think serendipity was involved in some way in keeping me safe? Certainly not. But did I hope something good could come from being confined to a hotel (and the connecting convention centre) for a few days? I, perhaps naively, did. I imagined a sense of enhanced camaraderie. I imagined spontaneous meetings of conference delegates that would lead to meetings of minds and perhaps new research or collaboration opportunities.

But that didn’t happen. At least not for me (and as far as I could tell, not above and beyond what would normally happen at a conference for others). Instead, the conference ran as planned (and extremely smoothly) and there was very little discussion of the storm at the conference events. Some delegates were from the ‘keep calm and carry on’ camp. Others the ‘I’m an academic, get me out of here!’ camp (and they had flown away the day before the storm hit). I was in the ‘could we use the fact we’re all stuck together in one place as an opportunity to seize?’ camp. And it appears I may have been on my own in there!

I talked to big players in the field of Information Science and Retrieval (like Donald Case and Nick Belkin), who were a captive audience. It’s always nice to get better known in a community you identify with. I got together with other colleagues interested in serendipity and we used the lock-down to give us time to run through our talks with each other and tweak them based on feedback on our minute madness sessions (you’ll hopefully get to see my minute madness presentation in a future blog post). And I learned  much more than I already knew about the work of those serendipity researchers who braved the storm to stay at the conference (such as Lori McCay-Peet and Borchuluun Yadamsuren), because we had so much (enforced) time together. But I had already been keen to work with these researchers on future serendipity research before the storm (we’d met previously and spent considerable time discussing future research directions). Perhaps if we had been ‘brought together’ by the storm itself, it might have forged new collaborations among us and I’d be calling this serendipity. In any case, I was left secretly hoping for something to happen that I’d find very unexpected and would have a big impact on my future research. And that just didn’t happen. It still might (because serendipity can often take its time to become fully apparent), but I’m not particularly hopeful.

So why didn’t we see more conference serendipity as a result of the storm? Were we too ‘professional’ to admit that this was a scary situation and to make new and higher-quality social bonds in the face of uncertainty? Did we have too much of a ‘business as usual’ mindset? Did making something good come from something bad somehow not feel right? I just don’t know. Or perhaps serendipity did happen to others and I just never got to notice or hear about it, because it happened in small groups or on a small scale.

(Sometimes) the Prince of Serendip.